Every Super Bowl, your dog is where the action is; whether it be the kitchen, the couch, or the table, your dog is at your feet begging for food. Most can agree, the best thing about Super Bowl Sunday (besides the puppy bowl) is the food. And let’s be real, it is likely that your dog wants in on the action too.

This year, as you prepare your Super Bowl snacks, choose dog-friendly recipes that your four-legged friends can enjoy. Inevitably, they will be inhaling the food scraps that fall on the floor, and we want to make sure they don’t get sick during the big game.

Food for thought! Here are some recipes that aren’t only healthy for you and your guests but can also safely be served on a plate for your pup.

Beef Chili Bake: The only chili recipe for dogs you’ll ever need!

On the flip side, here are some popular foods that shouldn’t end up in your dogs’ stomach, and here’s why:

Onion Rings: Contain a chemical called thiosulphate, which destroys your pup’s red blood cells and can cause severe anemia.

Chips: Dogs shouldn’t be sharing any salty foods. Symptoms of too much salt include vomiting, diarrhea, depression, tremors, high temperature, and seizures.

Chicken Wings: The small bones can be very harmful to a dog’s stomach and could be swallowed whole if not supervised.

Chocolate: The toxic component of chocolate is theobromine. Humans easily metabolize theobromine, but dogs process it much more slowly, allowing it to build up to toxic levels in their system

Soda: Dogs are sensitive to caffeine. One or two licks of coffee, tea, or soda are unlikely to cause poisoning in most pets.

Does this blog make you as hungry as it is making us? Better get to cooking!

Don’t you love going to the salon to get your hair trimmed? You get to relax – maybe even get a bit of pampering – and you feel great… 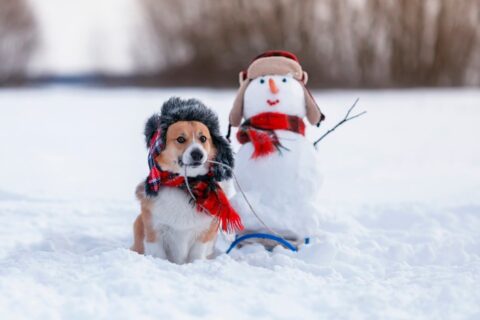 Winter has arrived in Cheyenne! That means colder temps, more snow and the need for more safety for both pets and humans when going outside. Here are…

Call Now
Back to the top